Can A Juvenile Be Charged As An Adult For Using A Fake ID In Delaware? 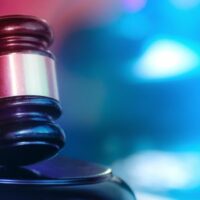 It seems like all kids are in a hurry to grow up, but there can be big problems when they break the law to fake their way into adulthood. It is a crime in Delaware to engage in acts involving unlawful use of a license or identification card, and you might be surprised to learn that the penalties are severe. Getting caught with a fake ID is a summary offense in some cases, which could result in a maximum of 90 days in jail and a fine up to $300. When the charges encompass state traffic laws, you could face a First Degree Misdemeanor. For a conviction, a judge could order up to 1 year in jail and a $2,300 fine.

However, when a person under 18 years old is arrested for using a fake ID, the matter will proceed through the juvenile justice system. There are two alternatives in these cases, either staying in juvenile court or being transferred to adult court. You will most definitely want to avoid the latter, so getting help from a Wilmington juvenile offenses lawyer is critical. Some information on how these cases work may also be helpful.

The Delaware juvenile justice system is designed to rehabilitate individuals who get into trouble with the law and reduce the possibility that they will re-offend, especially upon becoming adults. However, officials also recognize that some offenses are so serious that even a minor should face the same charges and punishment as an adult. A juvenile who is deemed to be a violent, serious, or chronic offender may be transferred to adult court.

Presenting, possessing, or creating a false ID will probably not lead to such an outcome, but the following crimes will lead a juvenile to be treated as an adult:

When the child was previously adjudicated as delinquent of an offense that would be a felony for an adult, a judge may also transfer the case to the adult criminal court system.

If a minor is adjudicated as delinquent for violating Delaware fake ID laws, the punishment will typically be probation. There will be terms set by the judge, such as participating in educational courses and substance abuse assessments. Usually, probation for a minor is one year. For more serious offenses, a juvenile could be sent to a residential treatment center for a period of days or weeks.

Note that there are options for post-conviction relief when a juvenile was found delinquent by the court. You may qualify to expunge the matter, eliminating it from your criminal history.

To learn more about the juvenile justice system in Delaware, please contact Attorney Michael W. Modica to set up a consultation. You can reach our Wilmington, DE office by calling 302.600.1262 or visiting our website.