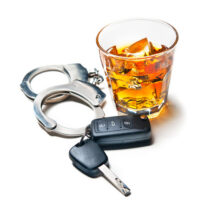 When looking upon it in hindsight, most Delaware motorists would agree that they made a mistake by getting behind the wheel of a car after drinking. However, one episode of poor judgment does not always have to lead to another. Case in point is a March 19, 2021 article published by Delaware Online, which described how a man arrested for DUI will also face multiple felony charges because of his actions before, during, and after being apprehended.

Maintaining your composure can be an advantage in a drunk driving case, while consulting with a Wilmington felony DUI lawyer gives you an edge in obtaining a favorable outcome. There are ways to conduct yourself without making things worse for your DUI case, so take the following tips as recommendations on what NOT to do.

Your situation may look grim when you are pulled over on suspicion of drunk driving, but you will be ahead of the game if you avoid these ways of making a Delaware DUI case worse. For more information, please contact Attorney Michael W. Modica by calling 302.600.1262 or visiting our website. We can schedule a consultation at our offices in Wilmington, DE to review your situation.