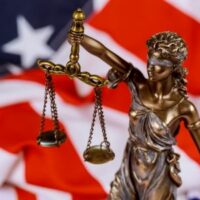 Americans have been relying on 911 since 1968 as the standard emergency code to dial in the event of an emergency, and authorities record all communications between the caller and dispatch. When the caller is an alleged victim of domestic violence, there can be tricky civil rights issues with using transcripts of these 911 calls. The so-called “confrontation clause” provided in the Sixth Amendment to the US Constitution requires that a criminal defendant have the right to confront witnesses, i.e., put them on the stand for cross-examination. It would seem that the emergency call transcript could not be introduced as evidence instead of testimony from the victim/witness because it would violate the Sixth Amendment.

However, when the US Supreme Court addressed this issue in a 2006 case, the Justices ruled that the 911 transcripts ARE admissible in court. Their reasoning is complicated, as is true with many cases involving constitutional issues. A Wilmington domestic violence defense lawyer can explain the role of emergency call transcripts, and an overview of the test created by SCOTUS is informative.

In deciding the 2006 case, the Justices evaluated the language of the Sixth Amendment, case precedent from decisions over the decades, the hearsay rule, and many other relevant concepts. In short, the court found that evidence from a 911 call IS admissible when the statements were made as police were addressing an emergency situation. If the declarant makes the call some time after, as officers are collecting evidence, the information is inadmissible.

Not only did SCOTUS render a decision in the case, but the court also established a test to determine whether to allow a 911 call to be admitted in a domestic violence case. The recording and/or transcript could be allowed as evidence if:

Emotions and heat of the moment often motivate an alleged victim of domestic violence to make the 911 call, but accusers can have a change of heart. After the emergency subsides, an individual may not participate in the criminal process. This scenario could leave the government without a key witness, at which point the prosecutor could attempt to get the 911 call recording or transcript admitted. The test described above could mean the difference between a conviction and acquittal.

Schedule a Consultation with a Wilmington, DE Domestic Violence Attorney

As you can see, admissibility of 911 transcripts is very case-specific. To learn how this piece of evidence could play a role in a domestic violence matter, please contact Attorney Michael W. Modica. Individuals in New Castle County can call 302.600.1262 or go online to set up a consultation.