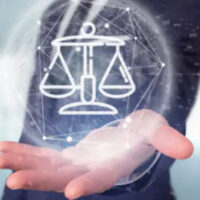 Computer crimes like identity theft, phishing, and internet fraud were a serious problem throughout the US before the pandemic, and the statistics show that these offenses have spiked over the last 24 months. According to the Insurance Information Institute (III), there were 4.8 million computer-related crimes reported to federal, state and local officials – up 45 percent since 2019. Identity theft and fraud complaints constitute 29 percent of all cases, and Delaware ranks in the top 5 among all US states. With losses estimated at $721.3 billion for 2021, you can be sure that authorities will continue to be extremely aggressive in pursuing offenders.

The nature of computer crimes means that the majority of alleged offenders will enter the criminal justice system via indictment rather than an arrest. Police are not peering over someone’s shoulder waiting for him or her to break the law. Indictments work very differently compared to an on-the-scene arrest, so it is critical to work with a Wilmington computer crimes defense lawyer. Some facts about the process should help you understand the basics.

How the Charges Arise

When police make an arrest at the scene of a crime, the charges are transmitted to the government who will pursue them through its attorneys, i.e., the prosecutors. A case may arise via indictment through a different process:

The prosecutor and grand jury are the only parties involved in the proceedings.

An “information” could also be the basis for a computer crimes case, in which the prosecutor proceeds with formal charges based upon details received from law enforcement. Through this route, there is no grand jury indictment. Instead, the court must hold a preliminary hearing to determine whether there is sufficient evidence to support the charges.

Unlike a grand jury indictment, defendants and their attorneys are present during a preliminary hearing. You will have the opportunity to present your own evidence and cross-examine witnesses. At the conclusion, the judge rules on whether there is probable cause to formally charge the defendant.

Once you are before the court for an arrest, indictment, or charges based upon information, the case proceeds through the same steps. The next phases include:

From the above, you see how retaining skilled legal representation is crucial from the moment you know you are being investigated. For additional information on indictments, please contact the Wilmington, DE office of Attorney Michael W. Modica. You can schedule a consultation by calling 302.600.1262 or visiting our website.