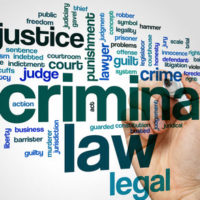 Milford Police responding to a disorderly conduct call at a RE/MAX office arrested the perpetrators after discovering that they damaged a water pipe in the location’s restroom, according to a January 11, 2018 report from Delaware’s 105.9 FM NewsTalk Radio. Staff at the office claimed that they witnessed a man and woman walk into the bathroom, and heard strange noises shortly thereafter. When water started flowing from under the restroom door, the workers called police. Upon arrival, officers opened the door, apprehended the extremely intoxicated pair, and charged them with Criminal Mischief Under $1000 Property Damage. This crime may not sound serious from the name, but the implications may be more severe than you think. An experienced Delaware criminal defense lawyer can tell you more about how the law applies in your case, and an overview of the basics may be helpful.

You may be charged with the property crime of Criminal Mischief if you intentionally or recklessly:

In the case of the man and woman charged in the Milford RE/MAX incident, the allegations may support a conviction on any of the three circumstances outlined in the statute. However, it will be necessary for a prosecutor to prove intentional or reckless conduct. Mere negligence is not enough.

Like many property crimes under Delaware law, nature of the charges and penalties for a conviction on Criminal Mischief depend on the value of the damage.

Note that a court will often include a sentence of restitution for property crimes, which means that the convicted person must pay for the value of the damage. The judge will describe the amount and payment terms in the court order, and interest does accrue until paid in full. Restitution is separate from fines and court costs, so it can dramatically increase the financial penalties in a Criminal Mischief case.

Regardless of whether you face felony or misdemeanor charges for Criminal Mischief, the legal and financial consequences are serious. However, many of these cases can be resolved by taking advantage of plea bargaining, probation, or other options. If you would like to schedule a free consultation to discuss your case, please contact Wilmington, DE criminal defense attorney Michael W. Modica.