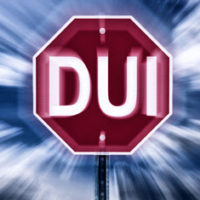 On July 7, 2017, Delaware Department of Justice officials announced the sentencing of a man who pled guilty in February to a number of Drunk Driving related offenses, including first-degree vehicular homicide. According to Wilmington’s WDEL 101.7 FM radio news, the offender will spend five years in prison after causing a crash that killed a New Castle, Delaware man. The collision occurred when the man was driving along a state highway and crossed the center line, striking another vehicle. The motorist in the other car sustained extensive injuries and died eight days after the incident, highlighting the circumstances under which a Drunk Driving charge can be elevated to a serious felony. Therefore, it is critical to retain an experienced Delaware DUI attorney to protect your rights in a similar situation.

If you cause a death while operating a vehicle, you may face  the following  charges:

Criminal negligence is defined as failing to perceive a risk that death  could  result  from  certain conduct. The risk must be of such a nature and degree that failure to perceive it constitutes a gross deviation from  the standard  of conduct  that  a  reasonable person  would observe in the situation.

It is necessary for a prosecuting attorney to prove causation in order to obtain a conviction for Vehicular Homicide. Therefore, a driver can only be convicted if there is a direct link between a driver’s negligent driving and the victim’s death.

The consequences of a conviction for Vehicular Homicide depend on the degree of the crime and the specific circumstances of the case. In general, you may be facing significant penalties.

An Experienced DUI Defense Attorney Will Fight for Your Rights

Delaware law treats any Drunk Driving charge as a serious matter, but the consequences of causing death or serious injury while impaired are even more severe. Therefore, if you are facing a charge for causing death or serious injury as a result of a car accident, it is paramount to secure legal representation by an experienced criminal defense attorney. The legal team at the Law Office of Michael W. Modica in Wilmington, DE has extensive experience in Drunk Driving matters and will provide aggressive and seasoned representation. Please contact us with questions or to schedule a free consultation with a lawyer.