How To Make SURE You Get Arrested For DUI In Delaware 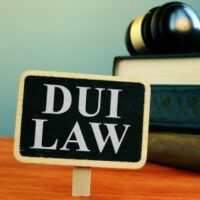 The vast majority of people want to avoid being charged with a crime for obvious reasons, but there are some situations where you really wonder if an offender was trying to get caught. The Delaware State Police website covered a recent story regarding a drunk driver who seemed particularly motivated to get arrested for drunk driving. The Dover woman’s spree of criminal activity caught the attention of police officers, leading to charges ranging from assault and theft to traffic violations and DUI.

At times, getting pulled over for drunk driving might be a matter of being in the wrong place at the wrong time; in others, an offender is begging to be detained. Retaining a Wilmington driving under the influence (DUI) attorney should be a priority in both situations. However, irony often teaches valuable lessons, and this woman’s arrest is a prime example. Some information on how to make sure you get arrested for DUI may help you avoid such a scenario.

Steal a vehicle. When you are looking for the best way to attract attention from law enforcement, start off on the right foot by stealing the vehicle in which you plan to drive drunk. The rightful owner may notice in time to call police to report the theft, at which point officers will be on the lookout for a stolen vehicle. The woman in the recent Delaware DUI incident receives bonus points for pulling a trailer with the pickup truck she stole.

Drive erratically. It may not be your vehicle anyway, so there is no harm in swerving, making improper lane changes, speeding, and cutting off other drivers. With an excessively high blood alcohol concentration (BAC), erratic driving is a given because of how alcohol impacts the human body.

Crash into stationary objects. If your efforts have not already caught the eye of police officers, you may need to employ other tactics to make sure you get arrested. The Dover woman finally succeeded in getting pulled over by law enforcement after she:

Disobey officers’ commands and resist arrest. Upon being pulled over, show the same contempt and disrespect for police that the Dover DUI suspect did. Be as argumentative as possible, and do not comply with instructions by law enforcement. This strategy also works well for making sure officers can detect the odor of alcohol on your breath, almost guaranteeing that you will be charged with drunk driving.

These are obvious, blatant ways to get arrested for drunk driving, but most arrests are not as clear-cut. There are defense strategies when you are not also facing numerous other criminal charges, so please contact Attorney Michael W. Modica to learn more about them. You can set up a consultation at our Wilmington, DE office by calling 302.600.1262 or going online.