Overview Of Defenses To Assault Charges In Delaware 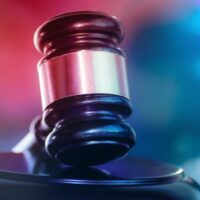 The basic meaning of assault is an intentional touching or causing injury to another person, but there are multiple types of assault defined under the Delaware criminal code. On the low end, these crimes range from Offensive Touching to Reckless Endangering in the Second Degree, a Class A Misdemeanor punishable by up to a year in jail. More serious offenses include First Degree Assault – a Class B Felony that could lead to 25 years in prison. Additional crimes in this category include attacks on specific individuals and even assault by vehicle.

However, beyond knowing the definition and different levels of offense, there is a substantial amount of detail when it comes to Delaware assault crimes. The specifics may offer a defense to the charges, while other issues could make it harder for the prosecution to prove its case – both of which serve to benefit your interests. Your Wilmington assault defense lawyer will take advantage of every opportunity to obtain a favorable outcome, but some basic information may be helpful.

The most common strategy for fighting assault charges is to claim and prove self-defense, which requires evidence that your attack was in response to a perceived threat of harm. Similar principles may apply to situations where you were defending other individuals or property. Still, you should keep in mind that the acts of self-defense must be reasonable as a reaction to the threat. For instance, it may not serve your case well if you shot someone who punched you.

Another popular defense to assault is consent, which may seem unusual since no one agrees to be attacked. It typically arises in the context of a bar fight, where the concept is termed mutual combatants.

Defenses are a way to counter the allegations of the prosecution, so your defense lawyer will typically present them when it is your “turn” – i.e., after the prosecuting attorney rests. However, there may be opportunities that advance your interests even before this point.

This summary of Delaware assault laws and defenses is useful as a starting off point, but you should trust an experienced lawyer to tackle the details. For more information, please contact the Wilmington, DE offices of Attorney Michael W. Modica. You can set up a consultation by calling 302.600.1262 or via our website.