Sentence Handed Down for Newark, DE Man in Fraud Scheme 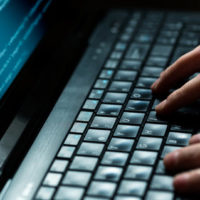 A Newark, DE man was recently sentenced to one year and a day for his involvement in a money laundering scheme that benefited him and his wife in the amount of $6.1 million, according to a report from online news source Delaware Online. The wife was the ringleader in the scam, as she would create false payment requests to vendors of the financial services company where she worked. She would authorize payments via electronic funds transfers, but to her own personal account instead of the vendors. Her husband then made numerous transfers to his own account, in amounts of less than $10,000 so as to not attract suspicion. If you’re facing similar charges due to use of technology to commit a crime like fraud, you’ll need an experienced computer crimes defense lawyer to fight for your rights.

There are many offenses that fall under computer crimes, but some common types include hacking, money laundering, unauthorized access, theft or interruption of services, and identity theft. Under Delaware law, the nature of the crime depends upon the amount of damage caused by the fraudulent activity:

Felonies also include the possibility of a fine, as well as restitution to the damaged party.

In many cases, a defendant has defenses to computer crimes and fraud, which may beat the charges entirely – or provide leverage in plea bargain negotiations. They include:

Computer crimes are quite complicated due to the complex technology involved, but that doesn’t change the burden of a prosecuting attorney: You’re innocent until proven guilty and are entitled to your day in court. Your chances of a favorable result greatly improve if you have a knowledgeable lawyer on your side, especially one with specific experience in defending against computer crimes charges. If you have questions about your situation, please contact the offices of Michael W. Modica in Wilmington, DE. We can schedule a free, no-obligations consultation to discuss your options.