What Happens If I Refuse A DUI Breathalyzer Test In Delaware? 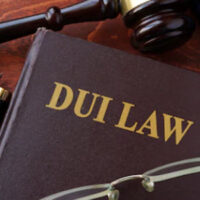 Every US state has a statute on the books stating that a motorist agrees to be tested for the presence of alcohol if requested by police, an agreement which arises out of that person’s driving privileges. The specifics of Delaware’s implied consent statute provide that anyone driving on roads within the state is deemed to assent to a blood, breath, or urine test to measure blood alcohol concentration (BAC). To make the request, police must have probable cause to believe that you were driving under the influence.

On the surface, the state implied consent law seems to favor the motorist. All you have to do to prevent police from obtaining key evidence is refuse to blow; without your BAC, the prosecutor cannot convict you for DUI. Unfortunately, the operation of the statute in a real-life case is not so simple. There are penalties for not upholding your end of the agreement, so you will need a lawyer for refusing a breath test in Delaware. Some background information is also helpful.

In the context of a drunk driving case, refusing to blow or provide another sample for chemical testing is a separate offense. The penalties for violating the implied consent law the first time are a loss of your driver’s license for a year; refusing to take the breathalyzer a second time is an 18-month suspension, and a third offense means losing your driving privileges for 24 months.

Still, you should note a few points on Delaware’s implied consent law:

Taking the specific offense of violating the implied consent law, one solid defense strategy is attacking the circumstances leading up to the encounter with police. If there was no reasonable suspicion of impairment and/or probable cause, officers did not have grounds to request a chemical test. Still, you could face a DUI even if you dispose of the charges related to refusing to blow. An impairment DUI carries the same punishment as DUI per se, including jail time, fines, and driver’s license suspension.

There are implications you may not expect for refusing to blow in Delaware, but there are still strategies for obtaining a favorable outcome. To learn how our team can help, please call 302.600.1262 or go online to set up a consultation with Wilmington DUI test defense lawyer Michael W. Modica.