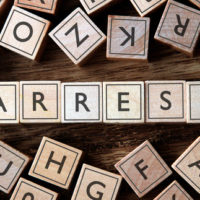 A 21-year-old Wilmington, DE woman is facing multiple charges after she attacked police officers who were attempting to break up a fight outside a beachfront bar. A May 20, 2019 article in Delaware Online reported that police who were called to the scene observed the woman fighting upon their arrival. As one officer was placing her in handcuffs, she struggled and attacked him in an attempt to flee. During the scuffle, the woman did free her hand from one of the cuffs and caused injury to the law enforcement officer. She was arrested on charges of riot action, assaulting a police officer, and resisting arrest.

State law is harsh on individuals who defy a police officer’s instructions or fight back during an arrest, but there are strategies for fighting the charges. A Delaware criminal defense attorney can assist with your case, but an overview should be helpful if you have been accused of resisting arrest.

Misdemeanor Versus Felony Charges: Under Delaware’s criminal code, there are two forms of resisting arrest:

Note that you could be arrested if you are the person police are trying to detain, or if you are preventing the arrest of someone else.

Penalties for a Conviction of Resisting Arrest: If you do not engage in physical violence, Resisting Arrest is a Class A Misdemeanor. This is the highest level of misdemeanor in Delaware, so you face up to a year in jail and a $2,300 fine.

Resisting Arrest with Force or Violence is a Class G Felony, which is the least serious felony but still carries significant penalties. For a conviction, you could be sentenced to a maximum of two years in prison.

Defenses to the Charge of Resisting Arrest: Two essential elements of the offense focus on the officer’s identity, and on his or her conduct. If you do not know that the person is a peace officer engaged in the lawful execution of duties, you may have a defense to the charges. In addition, self-defense may be an appropriate legal argument if the officer was overly aggressive in arresting you.

Call Now to Speak with an Experienced Criminal Defense Lawyer

If you were charged with resisting arrest, it is critical to retain skilled legal counsel to represent your interests in court. To learn more about potential defense strategies, please contact Wilmington criminal lawyer Michael W. Modica to set up a consultation. You can schedule your appointment by calling 302.600.1262 or going online. We can tell you more about your legal options after reviewing the details of your case.