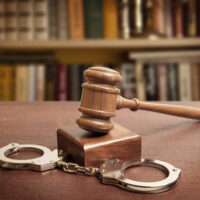 For decades, Delaware’s criminal justice community has relied up breathalyzer devices to chemically test the blood alcohol concentration of a person suspected of driving under the influence of alcohol. Soon, officials may have access to additional technology to assist with drugged driving. According to a September 5, 2019 published by NPR News affiliate Delaware Public Media, researchers have developed a prototype of a breathalyzer-type device for detecting THC – tetrahydrocannabinol, the main psychoactive component in marijuana – in a user’s breath.  The pot breathalyzer uses nanotubes to identify the presence of THC, much like existing technology which can detect it in a lab setting.

As many US states have legalized marijuana in some form or decriminalized possession of small amounts, drugged driving has become a major safety issue. Even though the prototype device will not be available any time soon, officials are still cracking down. If you were arrested, it is important to retain an experienced lawyer to represent you. An overview of the relevant laws may also help.

Drugged Driving Laws in Delaware: State law prohibits a person from driving a vehicle while under the influence of any drug within a four hour time window. Until a reliable breath test becomes available, officials typically rely on a blood test to determine the presence of marijuana or other controlled substances. If the test results prove impaired driving and the driver is convicted, he or she faces:

In addition to these criminal penalties for a conviction, a motorist could also lose driving privileges. Your driver’s license could be revoked for at least 12 months for a first offense and 24 months for a second drugged driving arrest.

Medical Marijuana Users in Delaware: If you have a valid prescription to use marijuana for medical purposes, you are not absolved of criminal liability for drugged driving. Impaired driving is still considered a safety risk, so there are no exceptions for a person with a medical marijuana prescription.

Likewise, Delaware’s decriminalization of marijuana for recreational purposes does not impact an arrest for drugged driving. Though you face a lower penalty for pot possession of one ounce or less – at a $100 civil infraction – you can still be charged with violating the laws on driving while impaired.

Consult with a Delaware Criminal Defense Attorney About Drug-Related Charges

Even if the pot breathalyzer is available some time in the near future, there are still legal challenges related to this type of evidence. As such, defenses are available to fight drugged driving charges. To learn more about your rights, please call 302.600.1262 or go online to reach Wilmington drug impaired driving defense lawyer Michael W. Modica. We can set up a consultation to review your circumstances in more detail.